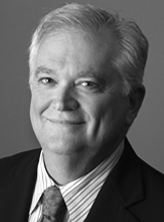 With more than 40 years of experience in architecture, Ron Blitch is responsible for the firm’s primary concept design and design development coordination.  His hands-on participation in the entire design process results in creative solutions for the firm’s clients.  Mr. Blitch is a nationally respected authority in Healthcare and Senior Living design, and has won numerous awards for his innovative designs of educational, healthcare, senior living and religious facilities.